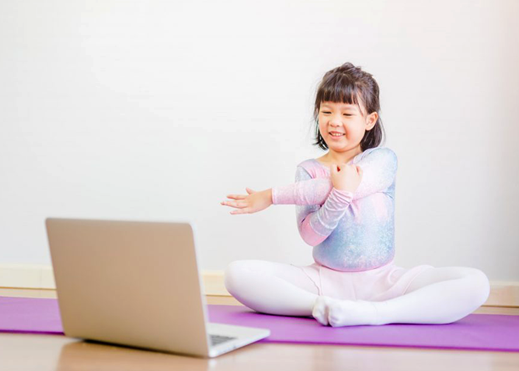 Adapt Your Customer Engagement Strategy During Lockdown With Play at Home

The strongest of brands often get involved in various CSR activities. Not only does this benefit various communities that are touched by such activities, the brand also stands to benefit by:

Improved brand image as being involved in such activities displays social consciousness. The brand is able to introduce its presence to new market segments Thus, involving in cause marketing is advisable for not just well established brands, but even small and upcoming ones. And when it comes to cause marketing, sports is the best medium. The following article suggests different ways in which brands could involve themselves in cause marketing through sports.

Promoting Sports as a Cause

Encouraging kids and even others to participate in sports is in itself a noble cause that brands can involve themselves in. This could be done through the following:

Brands could organize various sporting tournaments to encourage participation. An example of this is the Reliance Foundation Youth Sports initiative by the Reliance Foundation which aims to revolutionizing sports at grassroots level in India. The initiative began with organizing pan-India football events in 2016, and later on moved on to athletics. As of now, the initiative has seen 1336 teams (20,920 participants) across 8 cities participate in nearly 1600 football matches. It has also seen over 30,000 budding athletes from as many as 1200 different educational institutions participate in 11 different athletics events.

It may not always be possible for brands to get into end-to-end execution of sporting events. However, they could always sponsor different events. An example of this is ‘Mumbai Games’– a community event held across various venues in Mumbai. The event was designed to let everyone participate, regardless of their age or skill level, in a total of 12 sports (Football, Basketball, Athletics, Tennis, Badminton, Table Tennis, Roller Skating, Gymnastics, Rhythmic Gymnastics, Squash, Chess, and Carrom). A variety of brands such as DNA, Gulf, and 94.3 Radio One sponsored the event which attracted around 2500 people across all age groups to participate in the event.

Branded Memorabilia for a Cause

Another mostly untapped avenue for cause marketing is presenting branded memorabilia promoting a cause, say for example at a stadium during a live match. This could be a very effective branding strategy for sports teams who associate with different causes. Not only would it strengthen the connect between the sports team and its fans, as there is a greater recall of its brand, but such recall also comes to be associated with the cause, thus promoting the cause along with the sports team.

One way to promote causes is through organizing sports events for charity. Such events often attract a huge participation because most professional sportspersons themselves like to associate themselves with causes, and their presence attracts a large number of sports enthusiasts. By charging a standard participation fee, a brand can raise a huge amount of funds which can be donated to NGOs working towards different causes. An example of this is the multiple events such as walks, treks, extreme sports, triathlons, and runs that are organized by the Sports Media Agency as part of its ‘Sport For Charity’ initiative. Participants in such events have a choice of multiple causes to which their money could be routed to.

The above points cover different ways in which various brands could promote causes through sports. However, even non-profit organizations who are themselves working for a cause could promote the causes by being associated with sports. An example of this is the McGrath Foundation (set up by legendary Australian fast bowler Glenn McGrath after the diagnosis and loss of his wife, Jane McGrath, to cancer). The foundation works to place McGrath Breast Care Nurses in communities across Australia to enable free access to those nurses. The foundation has partnered with Cricket Australia and the Australian cricket team plays with baggy pink caps during the Domain Pink Test match every year to promote the cause.

As we can see above, there are multiple avenues for brands to promote causes through sports. At SportzVillage XP, we have helped several brands in organizing several such initiatives, and with great success. If you are a brand that wants to leverage the most effective way to make a genuinely positive difference in society, we would love to join hands.